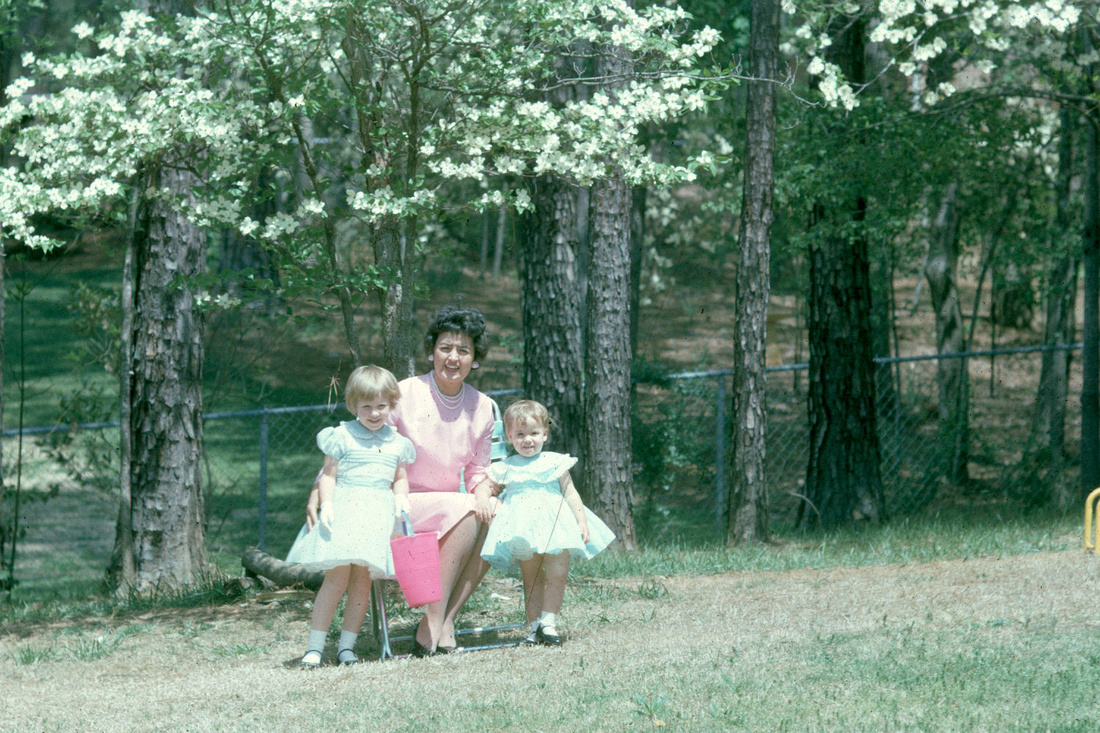 When I was a little girl, we had many Easter traditions… egg hunts, decorating eggs, Sunday morning service, Easter ham, and the Easter bunny.  But my favorite was shopping…yes, shopping.  Every Easter my mom would take my sister and me shopping and we would buy a new dress, new petticoat, new black or white patent-leather Mary Janes, new lacy bobby socks, white gloves and a cute little hat to top it off.  This year, honestly, I find myself a little concerned because I don’t have a new dress for church this weekend.  Old traditions die hard.

In Matthew 22, Jesus tells this story:  "The kingdom of heaven is like a certain king who arranged a marriage for his son, and sent out his servants to call those who were invited to the wedding; and they were not willing to come. Again, he sent out other servants, saying, 'Tell those who are invited, "See, I have prepared my dinner; my oxen and fatted cattle are killed, and all things are ready. Come to the wedding." But they made light of it and went their ways, one to his own farm, another to his business. And the rest seized his servants, treated them spitefully, and killed them. But when the king heard about it, he was furious. And he sent out his armies, destroyed those murderers, and burned up their city. Then he said to his servants, 'The wedding is ready, but those who were invited were not worthy. Therefore go into the highways, and as many as you find, invite to the wedding.'  So those servants went out into the highways and gathered together all whom they found, both bad and good. And the wedding hall was filled with guests. But when the king came in to see the guests, he saw a man there who did not have on a wedding garment. So he said to him, 'Friend, how did you come in here without a wedding garment?' And he was speechless. Then the king said to the servants, 'Bind him hand and foot, take him away, and a cast him into outer darkness; there will be weeping and gnashing of teeth.'  For many are called, but few are chosen."

I was always troubled by this story.  But then I read something that cleared it up for me.  The people that came to the wedding were pulled off of the streets.  They were wearing their everyday clothes, probably dirty from their daily work.  The man had refused to wear the robes given to him by the king.  When the king asked him about his clothing, he was speechless.  I don’t know if he thought his clothes were just fine…or maybe he liked them better than the robe he was offered.   Basically, he wanted to do things his way.  He wanted to wear his filthy, stinky clothes, and still be part of the king’s celebration. John McArthur writes, “The imagery seems to represent those who identify with the kingdom externally, profess to be Christians, belong to the church in a visible sense, yet spurn the garment of righteousness Christ offers (Is. 61:10) by seeking to establish a righteousness of their own (Romans 10:30; Phil 3:8,9).  Ashamed to admit their own spiritual poverty they refuse the better garment the King graciously offers – and thus they are guilty of a horrible sin against His goodness.”

This week, at Passover seders all over the world, the head of the family leads the meal wearing a Kittel, a white robe, symbolizing purity and forgiveness. Jesus removed an outer garment at the last supper (the Passover seder) before He washed the disciples’ feet. That garment very well could have been a Kittel. He removed that garment of righteousness to wash their feet! The Bible tells us that Jesus took our sins and gave us His righteousness. "For our sake [God] made [Christ] to be sin who knew no sin, so that in him we might become the righteousness of God." (2 Corinthians 5:21).

Jesus offers us His robe, His righteousness.  He takes our ugly, dirty clothes and covers us with His holiness.   So this Sunday, I may not get a chance to wear a new dress.  But I will take the robe He offers and wear it with joy!

I will greatly rejoice in the Lord, My soul shall be joyful in my God; For He has clothed me with the garments of salvation, He has covered me with the robe of righteousness, As a bridegroom decks himself with ornaments, And as a bride adorns herself with her jewels. For as the earth brings forth its bud, As the garden causes the things that are sown in it to spring forth, So the Lord God will cause righteousness and praise to spring forth before all the nations.

Hometown Photography
Yes, Michelle, Dad took this picture. I'm so lucky to have lots of wonderful pictures that he took through the years. I'll have to upload the ones that mom took that day...every head is cut off! It was a running joke that dad's head was always cut off when she took the pics :))
Michelle Easley Delk(non-registered)
This is beautiful. Loving the old photo. Was your Dad the photographer?
Chris Mims(non-registered)
Beautiful Karen, thank you
No comments posted.
Loading...