I had posted a blog with Morgan's pictures earlier, but Morgan is so much more than a pretty face...although her face certainly is pretty!   She has faced more in her teen years than many people face in a lifetime, and has come through with faith and determination.  I was so inspired by her story that I asked if I could share it with you.  She had written about her experience for school, and shared it with me.  I know you will be moved and encouraged by her strength of character.  Just scroll down for her story.... 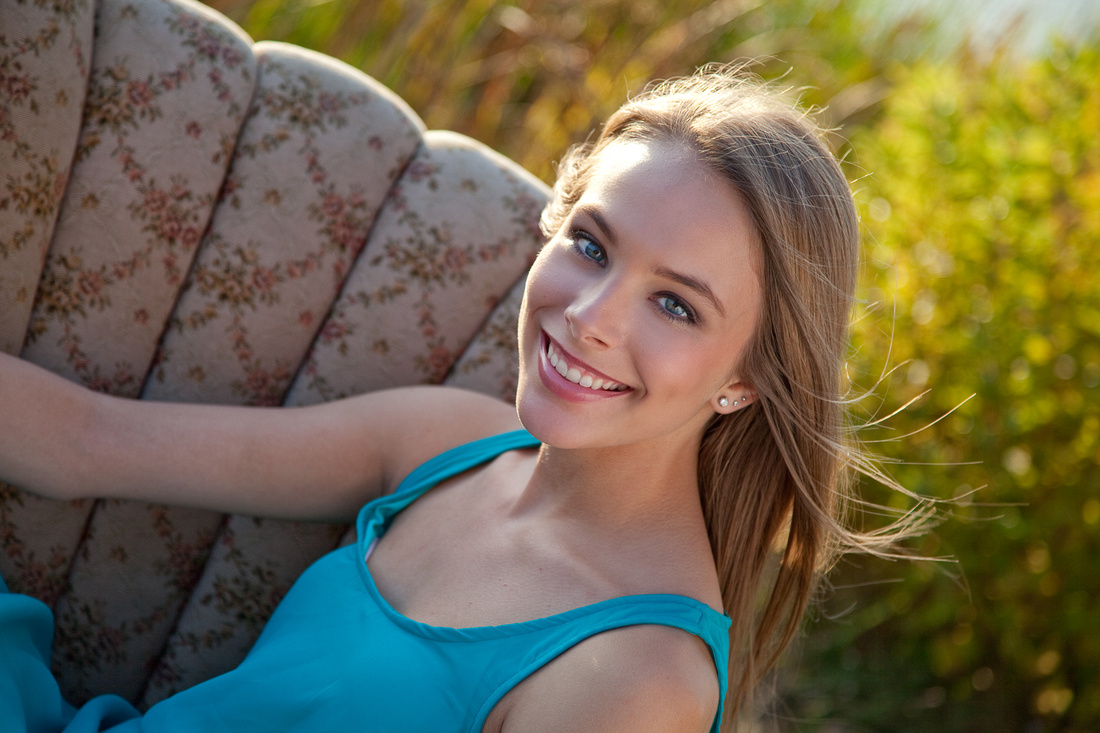 "All of my life, I have depended on my athletic abilities to determine my future. I had my future all planned out; I was going to play college volleyball for Penn State University. Working hard for the past six years, I thought that playing college volleyball was what God had planned for my life, but He had a different plan.

On the night of July 14, 2010, my friends invited me to go mudding with them in the creek. I had never gone before and I was thrilled.  We were mudding for about three hours and decided to head back home. It was nine o’clock and pitch black outside. I remember turning down a dirt road, and then everything went black.

Things were blurry as I began to open my eyes. I soon realized that my right eye would not open. I frantically yelled out for my mom and she came sprinting in the bedroom. “What’s wrong with my eye?!” I asked her with a panicked voice. She explained to me that I had been in an ATV accident the previous night. It was so dark that we had driven into a ditch about a mile from the house. No one had seen exactly what happened to me, but there was a strong possibility that I hit my head on the roll bar and then flipped out of the back. My mom also explained to me that I would need to have surgery because I had shattered my orbit in the accident.   She brought me a mirror and when she held it up, I couldn’t hold back the tears.

A few weeks after my surgery, I started noticing that I could not see very well out of my right eye and I took multiple blows to the head in volleyball practice. My mom took me to the doctor and after examining my eye and my vision she came to find that I had lost all of my peripheral vision in my right eye and the muscles attached to my eye were entrapped so I did not have full range of motion. Because of this, she decided that playing volleyball was too dangerous.

At this point my mom decided I should see a counselor to help me cope. I started telling her things that I had never told anyone, like how  I did not remember any of my friends or anything that had happened to me in the past three or four years, and I could not remember simple tasks like how to multiply. When my session ended, she called my mom into the room and told us that my symptoms were consistent with a traumatic brain injury. She told me that playing volleyball again was probably not going to be possible. Hearing her say that was like a knife in my heart. She then referred me to Center for Neuroskills, CNS, and I began rehab there on February 22, 2011. After a thorough evaluation, the therapists estimated I would need to be in rehab for around six months.

In the midst of my rehabilitation, I suffered the worst headache of my life and was transported to Children’s Medical Center of Dallas with a hemiplegic migraine which resulted in a dry stroke.  I was 15 years old and had lost the use of the left side of my body.  My therapists gave me a walker and splinted my left hand open so that my nails wouldn’t continue to cause my palm to bleed.  While all of my friends were having sweet 16 parties and getting drivers’ licenses, I was having cake at CNS and begging God to help me regain the use of my body and my mind – I wanted my life back!  Months later, I received Botox injections in my left arm and within weeks, my hand began to open.  Now my leg – I desperately wanted to walk without the use of a cane.  November 2011 I received Botox injections in my calf and hamstring and Thanksgiving weekend I put down my pink cane for good!

The six months of rehab turned into ten but December 15, 2011 I was discharged from Centre for Neuroskills.  I had a driver’s license, I could walk and use my hand, I could multiply, and I was ready to tackle the world one day at a time.  I can no longer play volleyball, I had to spend the summer catching up in school but I will graduate in May as planned and attend college as a Criminal Justice major.   I thought I had my future all planned out, but God has a different plan for me, and I must trust that He knows what’s best. I was raised going to church, and I have always had a relationship with God, but it was slowly fading away because I thought I had my life in control by myself. After this accident, I have no choice but to have faith that God knows that I will be all right. Volleyball was obviously not God’s plan for me, but I know that His plan is going to be much better than mine ever would have been."

For her graduation announcement Morgan chose to include 2 Timothy 4:7

"I have fought the good fight, I have finished the race, I have kept the faith."

Morgan is an awesome, strong and beautiful girl with a great family...I'm so excited to see how God will use her!  Congratulations on a fight well-fought, a race well-run, and for keeping the faith!  Best wishes to you Morgan!

Special thanks to Allison Spears for her assistance and makeup artistry.

Proud Uncle and Aunt in Alaska!(non-registered)
We are the proudest uncle and aunt in the world. It would have been so easy for her to just give up. We are tremendously proud of Morgan's strength and conviction demonstrated during rehabilitation. Morgan, we love you so much! Come visit us someday:)
Gerri Hawes(non-registered)
What a beautiful story of trust in God by an extraordinary young lady! I knew of the events from her parents' perspective, but to hear from Morgan how God has worked, and is working in her life is inspiring.

God bless you Morgan! He knows the plans He has for you... plans to give you hope and a future. Jer 29:11
No comments posted.
Loading...